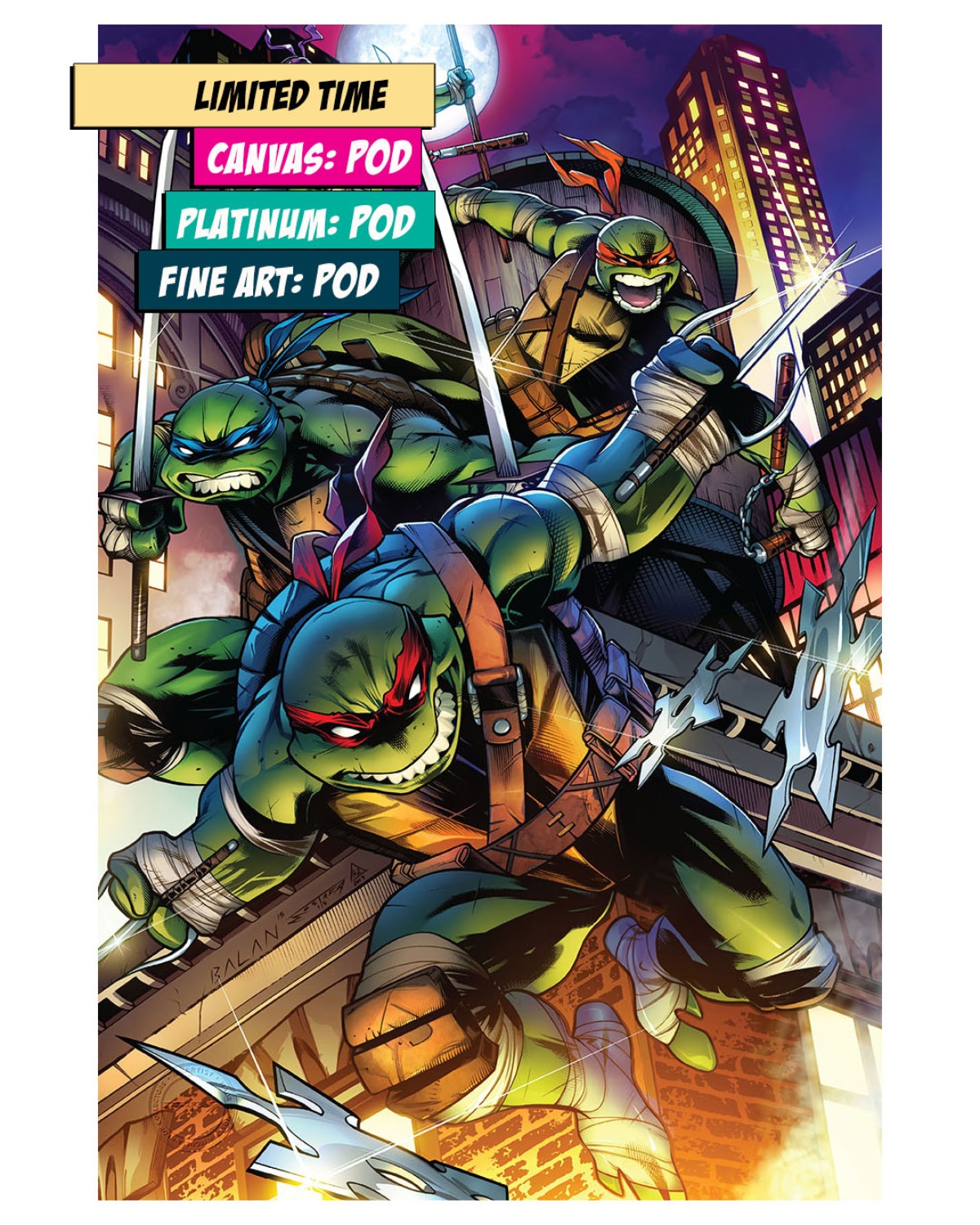 "...I half look up to say thank you, do a double take and realize it’s Kevin Eastman, creator of Turtles. He even signed it, “Your work is really cool”” – Mostafa Moussa

Created by Kevin Eastman and Peter Laird and published in comic books by Mirage Studios, the Teenage Mutant Ninja Turtles expanded quickly in the 1980s and 1990s to include cartoon series, feature films, video games and toy collections. The story was in the title, following the crime fighting adventures of four humanoid enhanced turtle brothers with ninja training - Leonardo, Donatello, Michelangelo and Raphael - named for Renaissance artists by their master Splinter, a humanoid rat and master of Ninjutsu.

“This show hit me at just the right age and was one of my favorites. I was a big Raphael fan. I was headed for a show in New York and I knew I needed Turtles in my portfolio for this show. It was a lot of work but it sold out in its first run at the show. Funny story, I’m at a show in Portland, with my head down working on a commision and and a guy in a hat and backpack walks up to the table. He says, “Wow, that’s a cool Turtles piece.” I half look up to say thank you, do a double take and realize it’s Kevin Eastman, creator of Turtles. He even signed it, “Your work is really cool” and even drew a little turtle on it. SO I got the okay from the man himself.” - Mostafa Moussa