GUARDIANS OF THE GALAXY: GETTIN THEIR CHARGE ON 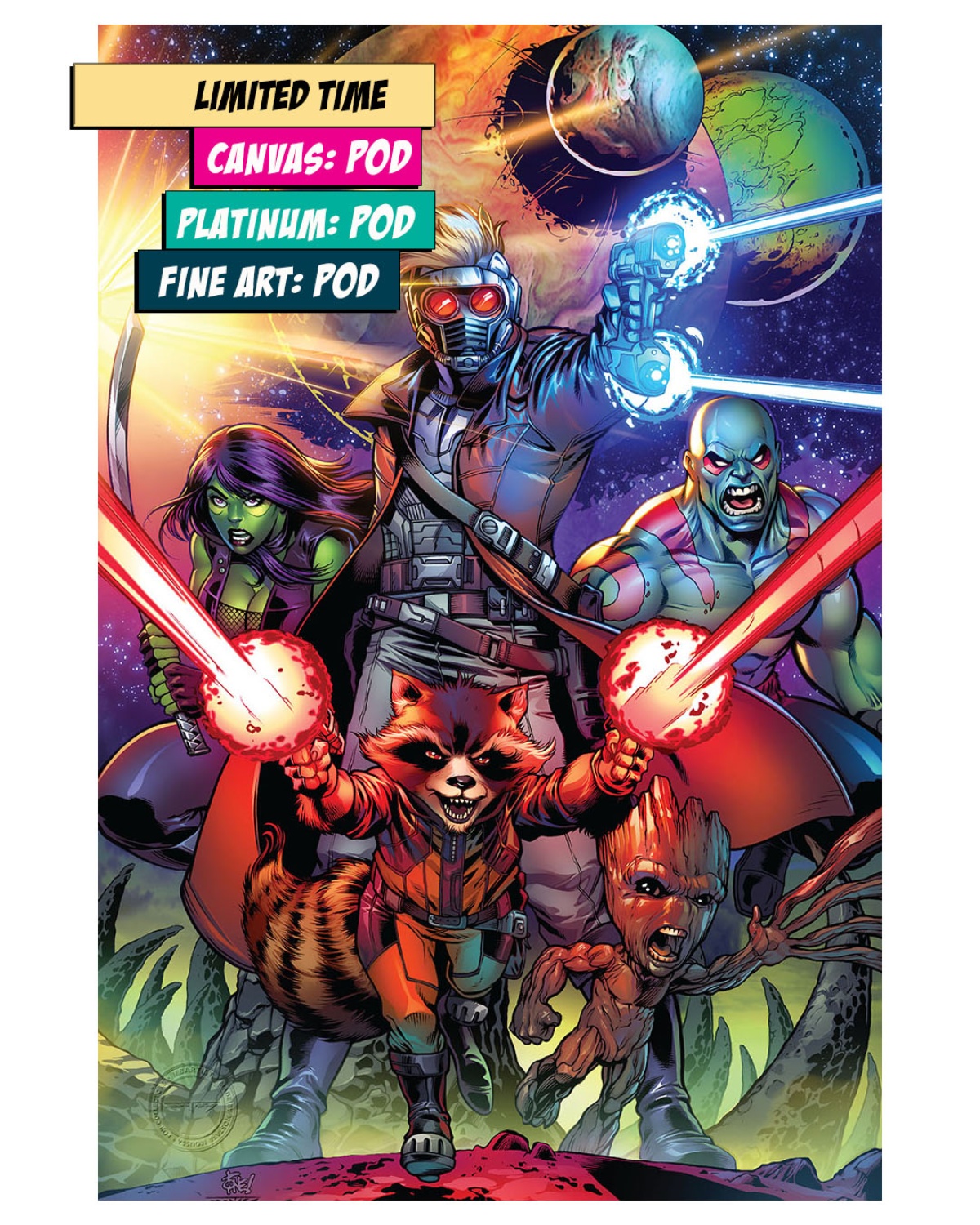 "I just really wanted a Rocket and Groot. And I figured if I had those two, then I could probably throw Star Lord in too with some guns.” – Mostafa Moussa

From the archive of DC Comics and Marvel Comics artist Mostafa Moussa, a neon action movie poster of Marvel’s Guardians of the Galaxy, volume two.

Dan Abnett and Andy Lanning formed the team from existing and previously unrelated characters in Marvel Comics, created by a variety of writers and artists. The 2008 team roster included Star-Lord, Rocket Raccoon, Groot, Phyla-Vell, Gamora, Drax the Destroyer and Adam Warlock. The MCU film released in 2014 elevated the recognition of this group in pop culture more than the original (volume one) Guardians team created by Arnold Drake, Roy Thomas and Stan Lee in 1969.

“This was not requested, not a commission. I just really wanted a Rocket and Groot. And I figured if I had those two, then I could probably throw Star Lord in too with some guns. I spoke with my long time friend Tony Rodriguez, one of the most talented guys in comics. I did a quick sketch on a napkin in a restaurant in about 30 seconds and he made it work, with Drax and Gamora in the background too.  Funny enough, we had a show coming up that had Josh Brolin and Zoe Saldana so I knew there were going to be a lot of Guardians fans. We knocked it out in time and that’s where it made its debut. It was pretty laborious, taking over a month and a half. A lot of the textures like fur, and wood and planets took a lot of time and care.” - Mostafa Moussa